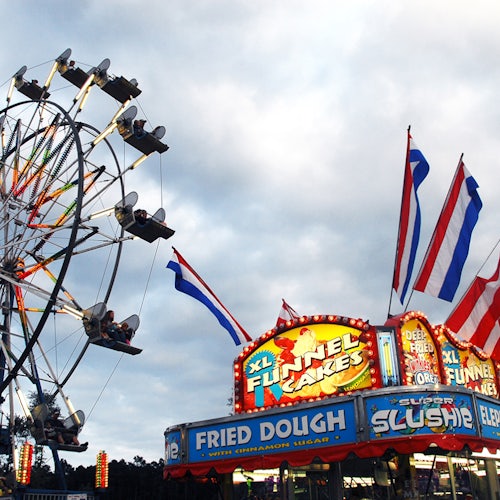 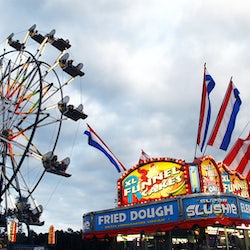 Join us at the Joel C. Bradshaw Fairgrounds in Windsor, as the Fair celebrates "Ferris Wheels to Tractor Wheels" with real country entertainment including concerts, competitions, pageants, Midway rides and of course, plenty of great fair food!

$5.00 off admission with valid military ID

Be it a State Fair or County Fair, most folks are filled with anticipation as the fall of the year approaches and it’s almost time to gather with friends and family, grab some cotton candy or sticky candied apples and check out the sights and sounds that only a Fair can offer.

How did this all begin? The word “fair” derives from the Latin word “Agricola” which means farmer. The Latin for fair is “Feria” meaning free or holy day. “Holy” because this was a day that blended agriculture, commerce, and religion. Traditionally, religion was the center of most activities (economic, social, and political). This focus continued for many years, especially in the Southern region of the United States. Prayers were offered, politicians spoke, babies were kissed, family recipes were prepared and entered into competition. The ribbons and trophies were proudly displayed and handed down for generations, but the recipes were a closely guarded secret!

Today, the fair tradition continues on a state and local level and combines education, entertainment, and competition. Farm animals, vegetables, flowers, pickles, quilts, rabbits, chickens – you name it, it can be judged!

The first known agricultural fair in North America was held in Windsor, Nova Scotia in 1765. The first American fair was held in Pittsford, MA in 1807. A gentleman had an interest in showing his sheep to the community at large so an event to be known as the fair was born! Forty-seven (47) of our fifty (50) states have state fairs as well as smaller county fairs.

The increased popularity of fairs in the 19th century was due to many colleges and universities adding schools of agriculture to their curriculum. The science and safety of growing and preserving food became based on scientific inquiry. Quite often this would be the first place you learned of the newest food safety issues. The care and feeding of farm animals fell into the category of education versus entertainment! New and innovative farm equipment and techniques were shared here as well.

Another outgrowth of the fair experience is the development of organizations for youth, such as Grange, 4-H, and Future Farmers of America. A little later, the Future Homemakers of America was created as well. Scholarships were awarded to youth who participated in these groups. There were conventions held all over the United States. Young people were able to travel to other areas of the country, meet others while learning and sharing the knowledge gained at their local fairs. It would be hard to discount the success one might achieve when preparing a project to be presented at their local county fair.

Not all the fair activities were hard work that required study and discipline. As popularity and attendance has grown over the years these events now attract big names in the entertainment field, primarily from the country music scene.  Quite a few of those who are now very well-known got their start on these small stages with enthusiastic and appreciative crowds!

Another reason for the increased popularity of the fairs, (both state and county), is the addition of the Midway! This area is filled with carnival games, amusement rides, bull riding, tractor pulls, and car shows as well as unimaginable fried food items such as deep-fried pickles, Twinkies, Oreos, and the ever-popular funnel cake.

Isle of Wight County is one of the oldest counties in the United States, being designated as one of the original eight (8) shires. It was founded on the shores of Virginia’s James River and to this day continues to enjoy a rural flavor. There are two (2) incorporated towns, Smithfield, and Windsor. The fairgrounds are located between both towns at “Heritage Park” on Route 258.

The closest thing to a fair experience early in the county would have been “Court Day”, held once a month on the courthouse green. Folks would come to transact the important business that could only be done on that day. Some would sell food, horses, and other wares. Some gambling was done by the gentlemen, but this was never mentioned!

In 1991, a committee was formed to explore the potential of creating a true “Old Fashioned County Fair.” After much research and experimentation, the fair settled into its present location on route 258 between Smithfield and Windsor. In 2011, the fair was recognized at the Virginia Association of Fairs as one of the fastest growing fairs in Virginia.

Of course, since the fairs are held at the fairgrounds and almost everything is outside, weather has played an integral role in the success or failure of the event. In 1999, Hurricanes Dennis and Floyd took a toll on the site but with hard work and dedication, the fair has continued to grow and prosper.

To showcase the continued emphasis on education, the first permanent structure built at the fairgrounds, is known as the Agricultural Education Center.  This facility offers interactive learning experiences for children and adults alike. Even though we have entered the computer age, farming is still a hands-on vocation and very important part of Isle of Wight County.

If you happen to be lucky enough to be in Isle of Wight County, the third week in September, plan to spend a day wandering through the well-appointed fair grounds located on Route 258, just twelve (12) miles from downtown Smithfield. There is also easy access from Route 460, (3.7 miles) from Windsor, making it an easy day trip from the Richmond area, as well as Coastal Virginia.

Handicapped parking is available, and many local clubs are present to feed and assist in any needs that might arise! Come and see for yourself!

Heritage Park and the Joel C. Bradshaw Fairgrounds
September 17, 2021
Starts at 10:00am

Heritage Park and the Joel C. Bradshaw Fairgrounds
September 18, 2021
Starts at 10:00am

Heritage Park and the Joel C. Bradshaw Fairgrounds
September 19, 2021
Starts at 10:00am 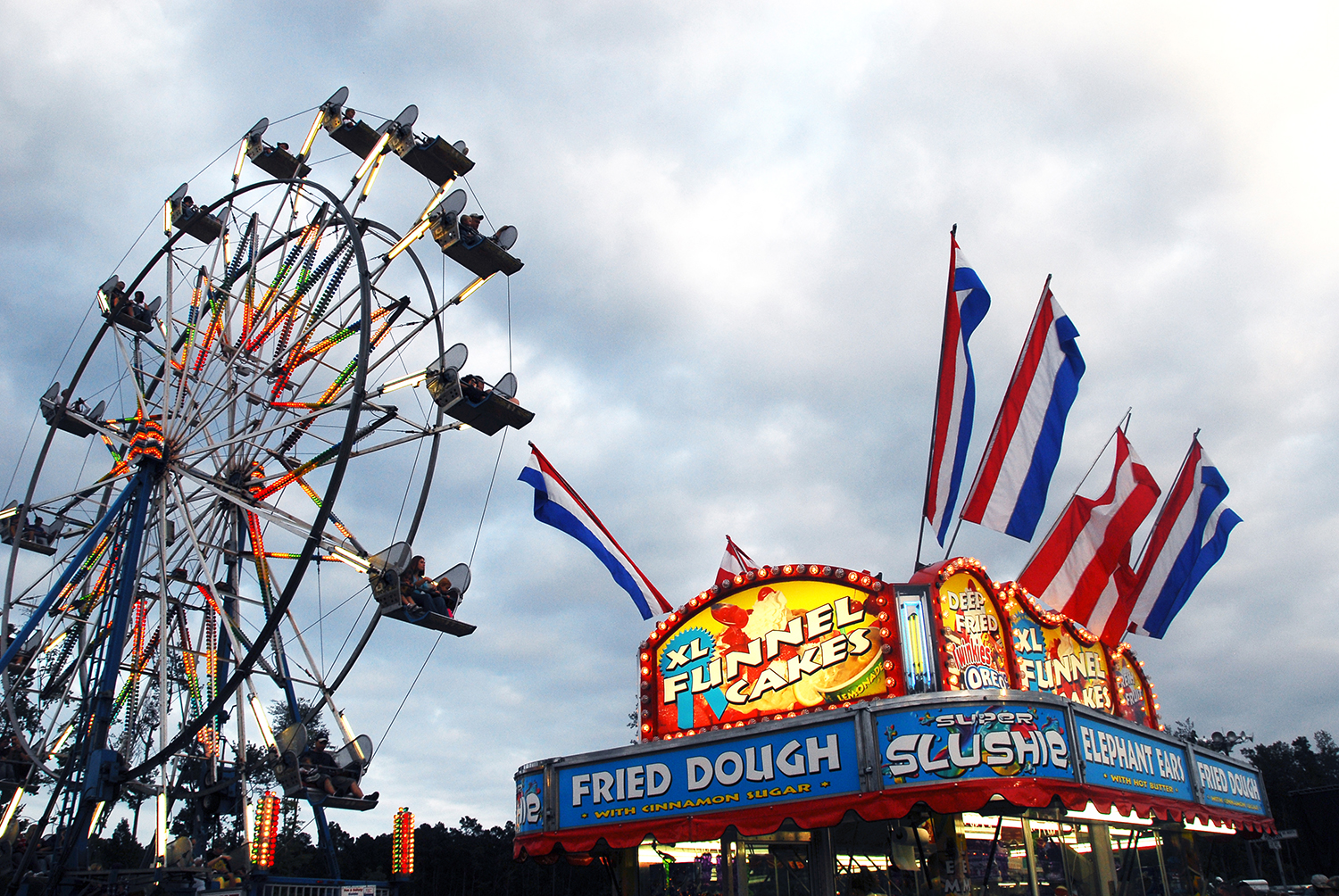