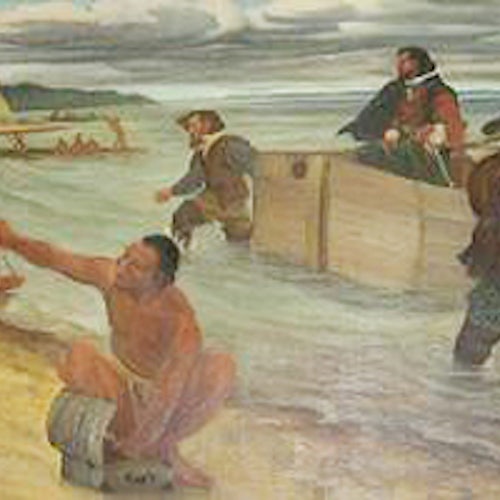 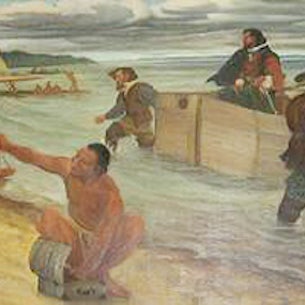 The mural, installed in Smithfield's Post Office in 1941 was created by artist William Abbott Cheever, and depicts Captain John Smith and his men trading with the Warraskoyack Tribe in Burwell's Bay on the James River in September of 1607. The mural was painted during the New Deal era, when President Franklin D. Roosevelt was trying to stimulate the economy with his Work Projects Administration, which provided work for people following the Great Depression. It was not a Work Projects Administration project, however. The mural was restored in 2009 with funds made possible by volunteers in the community. 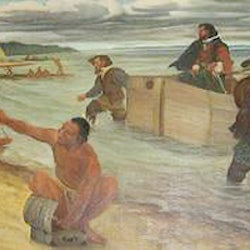